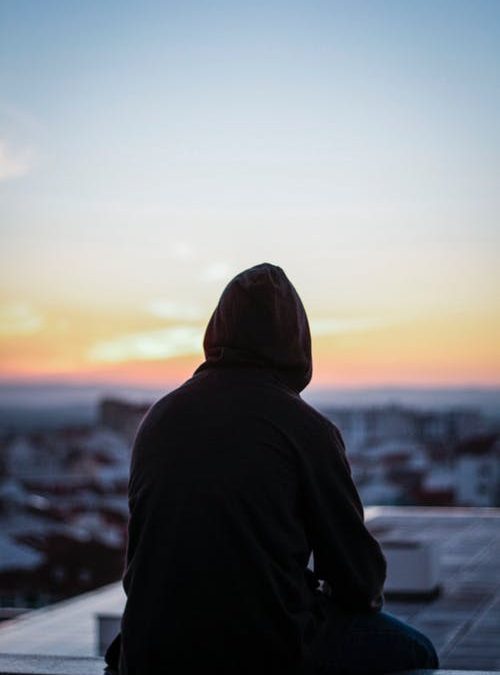 Back pain can range from mildly annoying to completely debilitating. Its physical effects make even the simplest of movements – getting in and out of a car, picking up items off the floor or stooping down to pet a dog unbearable.

And it’s effects don’t stop at physical. It can have serious psychological, and even financial, effects.

How can you end or avoid back pain and its far-reaching effects? Start with chiropractic. When spinal movement is restricted or spinal bones (vertebrae) become misaligned, the result is a common condition known as vertebral subluxation. Vertebral subluxation is linked with a myriad of health concerns, including back pain.

Dr. Maxwell corrects vertebral subluxations with safe and gentle maneuvers called chiropractic adjustments. Studies show that regularly scheduled adjustments may also help prevent back pain along with a host of other musculoskeletal conditions.

The group who received the “sham” manipulation, meanwhile, had absolutely no perceived change.

It’s vital not to self-diagnose the cause of back pain. Instead, see out a full chiropractic evaluation. In addition to vertebral subluxation, back pain may be sparked by a variety of other disorders.

Regardless of its cause, back pain is more than just a physical condition. It can also have a devastating emotional impact. Research shows it’s widespread psychological effects extend beyond the patient to encompass families and employers, “in terms of sickness and absence and for society as a whole, in terms of welfare benefits and lost productivity.” (Br Med J 2002;325:534)

That’s why Dr. Maxwell urges patients to reject the notion that back pain is “normal” and that nothing can prevent or mediate its physical and psychological effects.

Worse yet, theses psychological and social factors play a major role in worsening the perception of pain and the development of chronic disability (Br Med J 2002;325:534)

Canadian researchers note that “beliefs, attitudes, and recovery expectations appear to influence recovery from back pain.” This conclusion was based on a survey of 2,400 adult sufferers. “Most agreed that back pain makes everything in life worse, will eventually stop one from working, and will become progressively worse with age.” (Spine 2006:31;2142-5)

And the longer back pain is present, the worse things get. One study concluded that “Those whose low-back pain was longer than five years had the highest scores for depression, general complaints and anxiety.” Longer duration of illness was similarly accompanied by even higher levels of anxiety, depression and obsessive compulsive behaviors (East Mediterr Health J 2007;13:335).

That’s why chiropractors encourage those with back pain to take immediate action and remain realistic, patient and positive.

As a holistic health care provider, your doctor of chiropractic believes firmly in the connection between mind, body and spirit.

Among a cohort of 1,066 patients, 47% reporting back pain and 52% reporting other forms of musculoskeletal pain, the severity of symptoms was directly associated with time lost from work, disability and utilization of health care (Ann Fam Med 2006;4.4:341).

CBP can even shorten your life. Among elderly women, daily back pain “is associated with reduced quality of life, mobility and longevity and increased risk of coronary heart events,” concludes a report in the peer-reviewed medical journal Spine.

These findings are from a five-year investigation of 1,484 community dwelling Australian women, 70 to 85 years of age. “The adverse health effects of CBP deserve greater recognition,” urge the study’s authors (Spine 2007;32:2012-18).

Many individuals with CBP also feel stigmatized: that it’s not real or, if it is, it’s their fault. According to a report, stigmatizing responses by family, friends, health professionals and the general public appear to have a profound impact on perceptions, self-esteem and behavior.

“The findings suggest that patients with chronic back pain feel stigmatized by the time they attend pain clinics and this may affect their attitudes and behaviors towards those offering professional help.” (Disabil Rehabil 2007;29:1456-64.)

Such was the case of 30 women in Finland who shared their pre-diagnosis history with researchers. “From the beginning of the early discomfort of back pain, the women were sure of its bodily and subjective reality.” (Soc Sci Med 2003;57:1045.)

If you are among the millions of people around the world with back pain, don’t suffer in silence or resort to symptom-masking drugs: many of which have potentially serious side effects. Instead, schedule an appointment with our office today. We take vertebral subluxations and related disorders seriously. Along with freedom from pain, you’ll receive the attention and respect you deserve.

In Bozeman, Montana- Dr. Kimberly Maxwell at Abundant Health Family Chiropractic is THE go-to resource for the health and well being of your entire family, starting with prenatal care!  Being 20 years in practice, you can trust her expertise and experience in serving you and your family, keeping you healthy, well, and wise.